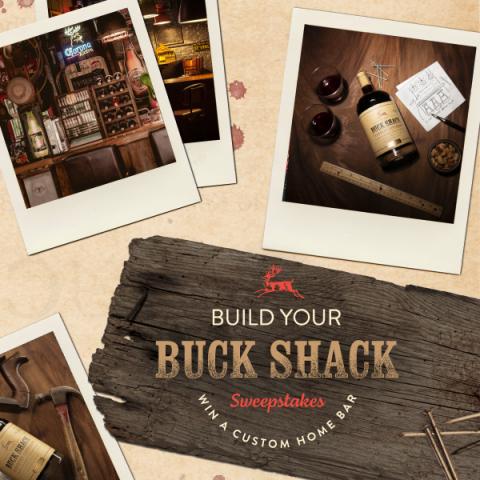 The campaign, which was brought to life in partnership with Affinity Creative Group, features a sweepstakes that will award a grand prize of a custom home bar designed by one of two popular DIY design influencers, Nate Halverson or Tayrn Whiteaker, along with a gift card from Wayfair or Home Depot to make it happen.

Buck Shack is bourbon-infused wine aged in a barrel in the vineyards of Shannon Family of Wines, located in Lake County, California. SFW remodeled and restored the weathered tin structure into a "rustic bar" where its team can gather after a long day working in the vineyards, according to a news release.

"One key to a successful campaign is a sweepstakes that is a direct expression of the brand's personality,” said Christopher Hayes, creative director, Affinity Creative Group, in the release. “'Build Your Buck Shack' offers anyone the chance to create a space in their own homes where they can gather with friends and family. ... The huge response shows that the chance to win your own custom-designed home bar is resonating powerfully."

Running June 1 through Sept. 30, the omnichannel campaign and sweepstakes have garnered nearly 15,000 entries and an increase in social media engagement and followers for SFW, according to the July 12 release.

Consumers can enter via the dedicated microsite or by scanning the QR code found on Buck Shack's in-store displays and printed communications. Entrants can earn "bonus entries" by engaging with the brand further across its touchpoints, such as subscribing to Buck Shack via Facebook Messenger (worth 10 bonus entries), visiting the brand's Instagram (five bonus entries) and retweeting the sweeps post on Twitter (10 bonus entries).

"We're excited to introduce Buck Shack wines to new consumers across the country,” said Brett Scallan, vice president of marketing at SFW, in the release. “This omnichannel campaign covers all the bases with point-of-sale support, a fun and engaging campaign microsite, incredibly talented DIY artisans and influencers like Nate and Taryn, and the sweepstakes. We're thrilled with the current results and can't wait to see what the next few months will bring." 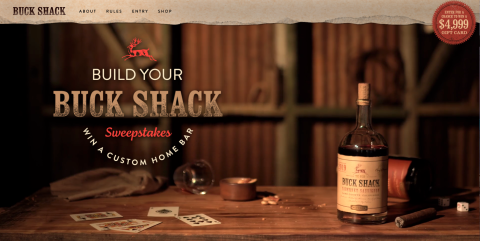