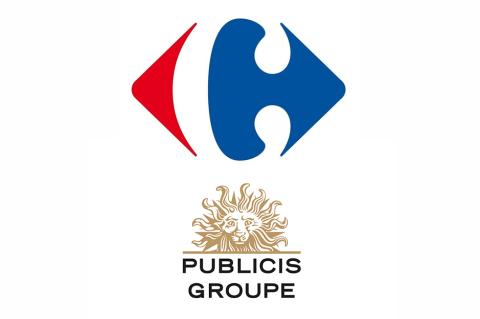 The venture, which is currently unnamed, will turn Carrefour's digital and in-store assets into advertising space for brands. It is expected to start operations in the first half of 2023, and will be held 51% by Carrefour and 49% by Publicis Groupe.

As retail media continues to garner more media spend, Carrefour and Publicis expect it to overtake TV advertising spend for U.S. CPG companies within the next three years, according to a news release from Publicis. In Europe, retail media is also gaining traction and the market is expected to exceed €25 billion by 2026, according to IAB.

As founding partners of the venture, Carrefour and Publicis will leverage their positions in their respective industries to bring the same scale and connectivity that is enabling the retail media boom in the U.S. to Europe and Latin America.

By combining Publicis’ technologies (e.g., CitrusAd powered by Epsilon) with Carrefour Links’ (the retailer’s data collaboration platform and retail media offerings), the partners plan to build a “comprehensive media player” that addresses the entire retail media value chain, according to the release. It will include technology for inventory creation and data sharing for merchants and the commercialization of media and data solutions for advertisers, backed by merchant transactions across Europe, Brazil and Argentina.

Publicis and Carrefour believe the venture will rally new retailers to build networks of inventories and accelerate retail media development in Europe and Latin America. Its main goal is for any company with direct customer touchpoints and first-party data to join the platform in order to monetize their assets and partner with advertisers to build more efficient marketing strategies and boost their business.

“We understood very early on that our data had tremendous value potential,” said Alexandre Bompard, chairman and CEO of Carrefour Group, in the release. “Last year, we accelerated [retail media] by creating Carrefour Links. Today, we want to go further and beyond the limits of our current model. We are going to create an alliance with an industry expert, the Publicis Groupe, to change three things: First, we will put tech at the heart of our model. Second, we will go up in the value chain by creating retail media solutions by ourselves. And third, we will conquer new markets, both in continental Europe and in Brazil.”

“After the digital media revolution in the 2000s and the social media revolution in the 2010s, retail media is revolutionizing once again established hierarchies and opening up new opportunities for marketers,” added Arthur Sadoun, chairman of the management board of Publicis Groupe. “Until now, the fragmentation of the market in Europe and Latin America has made it difficult for brands to fully unlock its potential. … This is a critical milestone to help marketers take back control of their customer relationships, accelerate their readiness for a cookie-less world and deliver a successful media strategy.”