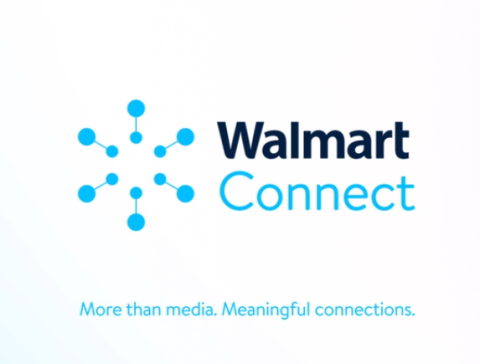 Walmart is rebranding its media arm and expanding its scope with the aim of elevating the traditional business to a closed-loop, omnichannel media company.

The changes at Walmart Media Group, which is being renamed Walmart Connect, better align the business with the retailer’s “One Walmart” philosophy of linking digital with in-store to achieve one cohesive brand experience. The new name is meant to reflect the different ways in which brands can reach the retailer’s shoppers, which now include an in-store network of 170,000 screens, sampling and even drive-in movies on top of digital placements that are likewise expanding.

In time for the 2021 holiday season, Walmart Connect is growing its digital capabilities to include the ability to send targeted ads to consumers across the web with the launch of a programmatic buying platform in partnership with technology company The Trade Desk. Walmart has operated a demand-side platform for use within its own digital properties since 2015, but the new partnership will expand options elsewhere online.

“We’re going to be taking our first-party data, which we believe is unparalleled — the physical and digital part of it — and use it to drive media performance outside of our proprietary sites," Walmart chief customer officer Janey Whiteside told Ad Age.

The goal is to leverage the retailer’s online and in-store shopper data — which will now also benefit from the retailer’s launch of Walmart+ — to aim for the holy grail of delivering personalized and tailored ad experiences and driving more effective media spend. Whiteside believes the new proposition offers enough value that even advertisers beyond those who sell product through Walmart will do business with the retailer, Ad Age reported.

As previously revealed during P2PX by Walmart’s director of omnichannel advertising transformation and acceleration, Whitney Cooper, additional digital enhancements to the ad business encompass search and display media while new in-store advertising opportunities include media placements on in-store TV walls and self-checkout screens that can be delivered with date, time and geographic specificity. Walmart Connect will also provide contactless sampling opportunities and look to sell ads in events such as the drive-in movies Walmart staged last summer.

Respondents to the annual Path to Purchase Trends Report survey gave Walmart decent scores for its ability to share actionable shopper data and for its effectiveness at segmenting online sales versus brick-and-mortar sales, but they also noted that partnering brands have to pay dearly for this privilege. The retailer is reportedly asking for $35 million in annual media spending for the highest levels of service and data sharing, which only top players can afford.

The moves follow a year in which the retailer launched a self-serve ad center platform and on-demand access to omnichannel reporting for all display and sponsored product campaigns, and doubled ad revenue, according to a corporate blog post. Ad Age provided an estimate for that figure at $3-$5 billion and says the retailer is aiming to hit north of $10 billion in revenue within five years as it seeks to become a top 10 player in the U.S. ad business. (For comparison, Amazon notched an estimated $20 billion in ad sales last year.)

A fast-growing, high-margin media business is a clear priority for Walmart especially as the retailer is still losing money with its e-commerce business, which is growing much faster than its store business, with online sales jumping 79% in its most recent quarter (ended Oct. 31, 2020).