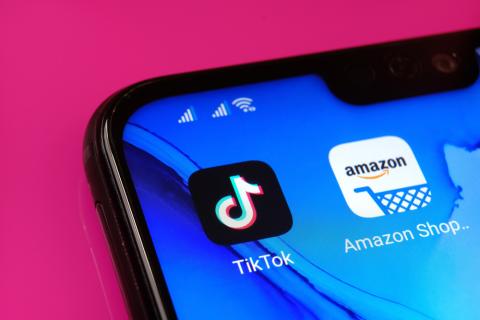 TikTok has begun rolling out its in-app shopping feature in the U.S., allowing users to purchase products directly within the video-sharing platform. TikTok Shop became available to select U.S. businesses in early November. The feature appears in a separate tab within TikTok’s app.

The e-commerce platform has previously been available in the U.K., Indonesia and other countries in Southeast Asia.

According to Semafor, TikTok is inviting select U.S. businesses to take part in the initiative, while international merchants and livestreamers on the platform still must direct users to third-party websites until TikTok Shop eventually becomes available to them.

For TikTok, which is owned by the Chinese social media giant ByteDance, social media commerce has been top of mind as of late, though its push was reportedly off to a slow start due to TikTok Shop’s poor performance in the U.K. However, TikTok may have reignited its commitment to the offering after Meta recently took a step back from direct commerce to refocus on advertising revenues, creating space for other entities to grow in the space.

"We are always guided by demand and exploring new ways to enhance the TikTok experience,” a TikTok spokesperson recently told Path to Purchase Institute sister-brand Retail Leader. "We've seen the positive impact of TikTok Shop, and we're excited to continue experimenting with this new commerce opportunity to support businesses of all sizes and enable our community to discover and engage with products they love.”

Retail Leader also previously reported that TikTok in October appeared poised to bring its e-commerce ambitions to the U.S., as evidenced by job postings on LinkedIn. The postings indicated that TikTok was looking to open its own fulfillment center in Seattle, where Amazon is headquartered.