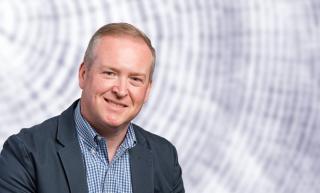 Ahold Delhaize USA CEO Kevin Holt will step down from his positions at the company in 2023, the retail giant revealed during its recent shareholders meeting. Holt will step down from the management board when his term expires at the Annual General Meeting (AGM) of shareholders on April 12, 2023. At that time, Ahold Delhaize will nominate JJ Fleeman (pictured) to take over as CEO and board member.

Fleeman’s appointment to the Ahold Delhaize’s management board will be subject to shareholder approval at the AGM. Holt plans to remain with Ahold Delhaize USA in an advisory capacity until he retires at the end of 2023.

Fleeman has served as president of Peapod Digital Labs and chief commercial and digital officer of Ahold Delhaize USA since May 2018.

With Peapod Digital Labs, the retailer’s digital, e-commerce and commercial engine in the U.S., Fleeman has been responsible for enabling the local brands in the U.S. to drive omnichannel grocery experiences.

Peter Agnefjall, chair of the supervisory board of Ahold Delhaize, stated: “[Fleeman] is an inspiring leader who will advance the U.S. businesses through omnichannel market share growth and who will continue to deliver on the Connected Customer strategy that [Holt] has so carefully developed and implemented with the team over the past few years.”

Fleeman has spent the majority of his 30-year career in grocery retail with Ahold Delhaize companies, including Food Lion, the largest U.S. brand, serving in various executive leadership roles and covering strategy, commercial, digital, retail operations, marketing and merchandising. He will continue to be based in Salisbury, North Carolina, and spend time across other U.S. offices.

“My time at the companies of Ahold Delhaize USA have been some of the best years of my career in retail,” Holt said. “I’m very proud of how our teams have ensured that our brands remain locally relevant and serve customers through our omnichannel offerings.”

Strategus, a managed service provider for programmatic connected TV (CTV) advertising, has introduced a solution for retail media networks. The solution rolled out in conjunction with a partnership between Strategus and V12, an audience and marketing solutions provider. V12 is a subsidiary of Porch Group, a vertical software platform for the home.

According to recent data from Insider Intelligence, retail media ad spending reached $31.49 billion in 2021. As retail media networks attract more advertiser interest, their marketing impact is limited by the lack of integration with CTV content, according to a news release from Strategus, whose new solution enables advertisers to grow the impact of their first-party data across both retail media and CTV campaigns.

Through their partnership, V12 and Strategus will be able to use its proprietary first-party mover and homeowner audiences to create unique TV audiences and target the growing CTV market.

“V12 leads the industry in move and homeowner marketing solutions, providing insights into 80% of all U.S. homebuyers and pre-move indicators 35% faster than other providers,” said Michelle Taves, group general manager of Porch Marketing and CEO of V12, in the release. “These consumers are researching and spending well before the move even begins and spend thousands of dollars throughout the lifetime of their home. Connected TV is an ideal platform to get in front of these audiences who are actively spending and open to trying new brands.” 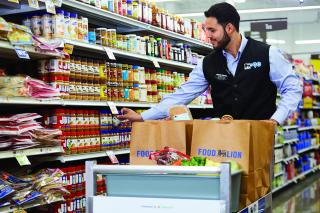 Food Lion To Go is now available at 630 of its roughly 1,130 stores across its 10-state footprint.

Shoppers who receive free pickup on their first order can confirm availability and place orders through the To Go website or the dedicated mobile app. Shoppers can place an order and pick up their groceries on the same day without leaving their vehicle.

“With some of the busiest months ahead for our customers, we are excited to expand this convenient service to more stores in the Food Lion footprint so our customers can spend more time on what matters most to them,” said Evan Harding, director of digital and e-commerce, Food Lion, in a news release.

Where allowed by law, shoppers 21 and older can also purchase beer and wine through To Go. 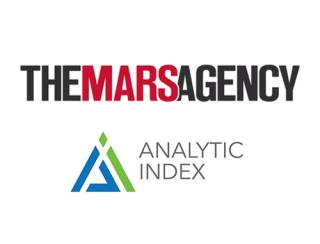 The Mars Agency and Analytic Index, a Utah-based data platform, have formed a strategic partnership to bring higher levels of data and commerce intelligence to Mars' proprietary martech platform, Marilyn.

The combination of Marilyn and Analytic Index’s retail search and digital shelf intelligence platform will help Mars deliver actionable insights to clients across multiple e-commerce environments, according to a news release.

"E-commerce and retail media are critical aspects of the connected commerce landscape, and our practices in those areas are already best in class," said Rob Rivenburgh, CEO of The Mars Agency, in the release. "Now, combining Analytic Index's retail search and media knowledge with Marilyn's shopper insights and performance data will enable our clients to make even better decisions, create more connected experiences and drive even stronger results."

In two years, Analytic Index has provided unique insights into the digital media activity taking place on Amazon, Walmart, Target and Kroger. The company will also soon extend its Amazon coverage into Europe and Canada and expand its U.S. purview to track Albertsons Cos., Lowe's, The Home Depot, Best Buy and Chewy.

Analytic Index was co-founded by Nathan Rigby and Mike Karlsven, the team that previously launched and operated One Click Retail (now Edge by Ascential).

The partners will continue to serve clients independently while also joining forces as needed to deliver a strong set of insights on connected commerce, per the release.

Myxx CEO Dede Houston will join SmartCommerce and continue to drive Myxx's vision, according to a recent news release. The digital shopping platform was designed to simplify the grocery shopping experience by connecting brands and retailers to shoppers through add-to-cart recipes and e-commerce marketing tools.

“Today’s technology puts the consumer squarely at the center of product discovery, purchase and repurchase. Rather than shopping by pushing a cart down a crowded aisle, consumers are turning to influencers, friends and contextual solutions like recipes to find and choose products,” said Jennifer Silverberg, CEO of SmartCommerce, in the release.

“The Myxx functionality applies to much more than just recipes — it makes it easy to buy and sell anything that is purchased as a package (e.g., DIY kits, cleaning bundles, outfits and beauty regimens), which is important because consumers buy solutions, not products. We’re beyond excited to bring this new functionality to our CPG clients,” Silverberg added.

In a news release announcing the other acquisition, Basketful co-founder Jim Lesch said, “Consumers amplify the messages that matter to them, and filter the ones that don’t, so effective marketing requires getting the right message on the right product to the right consumer at the right time and in the right context. Our tools and insights engine combined with SmartCommerce data and reach will help accelerate that for CPG brands.”

SmartCommerce has already begun integrating Basketful and Myxx’s technologies and analytics, and the company will begin rolling out enhanced services to clients in the fourth quarter of 2022. 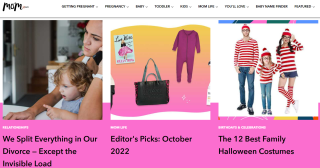 The MomIndex provides real-time insights into one of the most powerful consumers: moms. Zero-party data, or data that a consumer voluntarily shares with a brand, allows Wild Sky Media and its advertising partners to get in touch with moms directly and more personally, according to a recent news release.

The MomIndex gives advertising partners access to Wild Sky Media’s zero-party data for consumer insights and targeting across its portfolio of sites, including Mom.com, CafeMom, LittleThings and MamasLatinas.

“Our sites were built on the idea of community — it’s in our DNA as a company — so this year we renewed our investment in this virtual village in order to forge deeper, more meaningful relationships with our core audience of moms,” said Matt Drinkwater, CEO of Wild Sky Media’s parent company, Bright Mountain Media, in the release. “… MomIndex allows us to hear directly from our audience, providing us a digital pipeline into what moms are thinking at that very moment. Understanding moms’ current mindset — their hopes, dreams, questions, concerns — allows us to have a conversation with them in real-time and better serve their needs.”

“As we enter a difficult economic period, knowing exactly how moms plan to navigate the challenges ahead has never been more important,” added Justin Santino, Wild Sky Media’s SVP of revenue operations. “MomIndex will play an integral role in informing our advertising and e-commerce campaigns, as well as our editorial curriculum.”

Wild Sky Media will regularly share findings from the MomIndex in the coming months. The inaugural study will dive into the concept of the “default parent” — the invisible load of parenthood that falls to one parent (typically moms) and the impact it has on budgeting and planning, especially ahead of the holiday season.