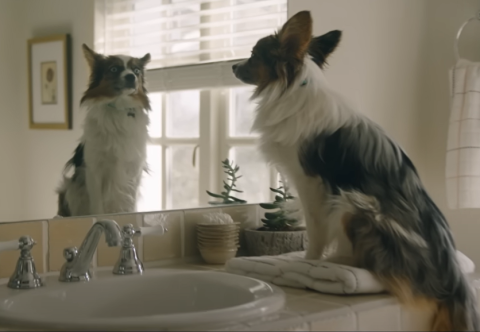 Pet food manufacturer Stella & Chewy's has rolled out its first national ad campaign, "All You Need Is Raw.”

The effort, which will activate across touchpoints with an emphasis on digital support, also marks the launch of the brand’s new tagline, of the same name, which encapsulates the “raw, unfiltered” love pet parents have for their pets and the food they feed them, according to a news release from the brand.

"The raw pet food space continues to rapidly expand as more pet parents strive to feed their pets as they would themselves — with real and less processed foods," said David Campbell, chief marketing officer of Stella & Chewy's, in the release. "With this new campaign, we aim to raise awareness of the Stella & Chewy's brand and portfolio, which offers a range of dog and cat food products to meet varying pet parent needs."

The campaign creative uses imagery and storytelling such as a cat hanging from a curtain without a care in the world and a dog sleeping on the couch like no one's watching to showcase what Stella & Chewy’s calls a “bold and candid” look of how pets really behave.

“For their first-ever national brand campaign, we knew we had to go bold and candid with these spots to show exactly how raw pets can be — and why we simply love them for it," said Mark Gross, chief commercial officer and co-founder of Highdive Advertising, in the release. “We thoroughly enjoyed collaborating with the Stella & Chewy's team to bring this campaign to life and can't wait for what's to come."

The paid media strategy, developed and implemented by Exverus Media, employs advanced data and analytics to measure brand awareness, sales performance and online conversions of each media element. The “holistic” media strategy and approach was designed to rapidly grow household penetration and attract new consumers, according to Stella & Chewy's.

"Our consumer insight is that pet parents want shared experiences with their pets. So, the media placements had to support 'co-viewing' opportunities: think Animal Planet and Bravo, pet music playlists on Spotify and pet Reddit communities," said Tasha Day, vice president of Media at Exverus Media, in the release.